Canadian Progress Regina Centre held the 2018 Plywood Cup on July 1 at Wascana Park.   The Park is the largest man made park/lake in North America.  The lake was created in 1883 as a stock watering hole.   It was drained and deepened in the 1930’s as part of a government relief project.   During the fall and winter of 2006 the lake was again drained and deepened to a tune of 18 million dollars.  The lake and surrounding park is 9.3 square klm’s, put in prospective it is larger than Stanley Park in Vancouver and Central Park in New York combined.  The park is in the middle of the city and  surrounds the provincial capital buildings .

Teams of 4 must build their boat and race across the lake and return unscathed in the fastest time to claim the Plywood Cup.  The cup is actually made from plywood.

,Each team gets a sheet of plywood, nails, hammer, saw and duct tape to construct their sea worthy craft.   As witnessed by thousands of spectators not all creations turn out to be “sea worthy”.   This event continues to be a huge draw for the Canada Day Celebrations at the park.  This year we raised $ 78,490.00 . 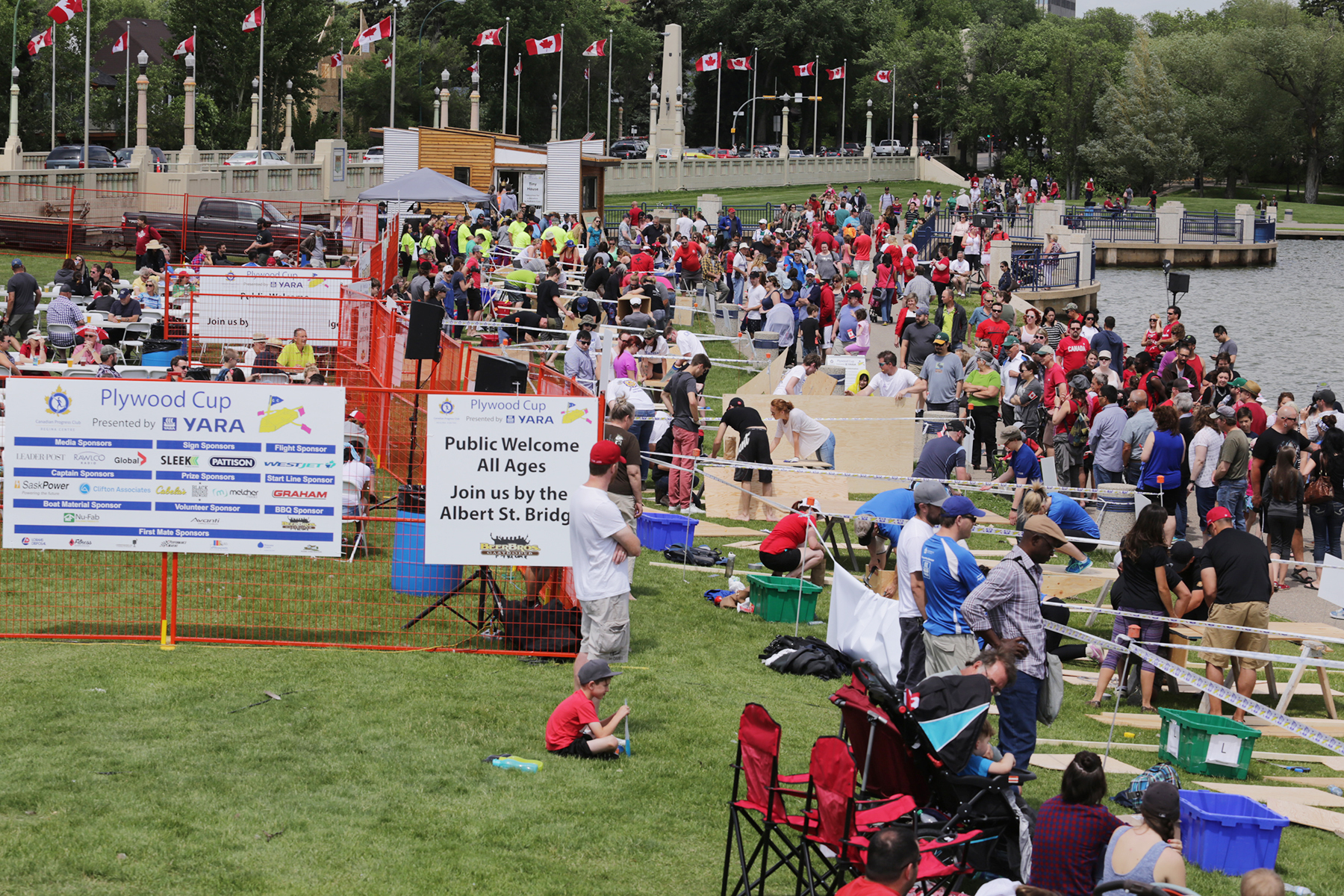