On July 21, 2016 the Canadian Progress Club Greater Moncton Women hosted the 23rd Annual Children’s Charity Classic Golf Tournament in support of Moncton Headstart. This event was an astounding success and resulted in a $16,000 donation presented to Mary O’Donnell, the Executive Director of Moncton Headstart, at the CPC Greater Moncton Women’s “Night for Progress” event this past October.

This year Children’s Charity Classic was held at the Royal Oaks Golf Club in Moncton, NB and the 108 golfers who participated in the tournament had a beautiful, sunny day to enjoy their Texas scramble style round of golf. When the golfing wrapped up the participants enjoyed some mingling on the club house patio, a mussel bar, live entertainment from local musician Zach Lane, a silent auction and live auction, and the awards presentation before being served a lovely post tournament meal. The participants were more than generous during the live and silent auction which resulted in a record breaking $10,920 collected from the auctions.

The organizing committee worked actively this year to update the tournament and bring in some new and innovative ideas. Concepts such as selling our various raffles, 50/50 and putting contest tickets all in one as a “Perk Pack” was implemented, the tournaments logo and graphics were rebranded to better reflect our benefactor, and swag bags and golf shirts were provided to each participant with our Progress logo and the tournament logo embroidered on the shirts. As well, the tournament partnered with the local radio station 91.9 The Bend to increase its advertisement to the public and create a greater awareness for our local Progress Club as well as Moncton Headstart.

All in all, the tournament organizing committee and the CPC Greater Moncton Women members feel that our annual Children’s Charity Classic Golf Tournament was an remarkable accomplishment and are eager to make it even bigger and better for 2017. Planning for the 2017 tournament is already underway and the committee is excited at the prospect of having a title sponsor for next year’s tournament. 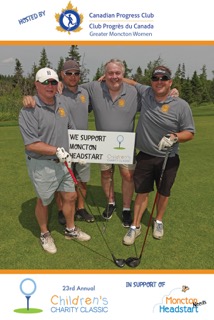 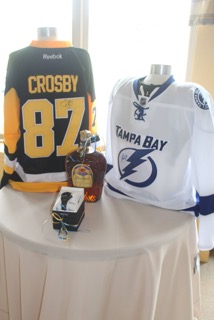 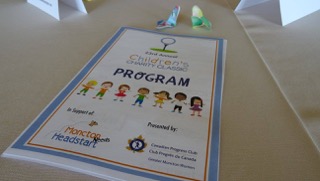