On the evening of July 2016 the Canadian Progress Club Calgary Mount Royal was born. Master of Ceremonies Barry Kozmyk led the evening that saw fifteen young women from the local business community inducted into Progress by National President Doug Ritzen, and the Club Board installed by Past National President Tom Whitehead. The new members were welcomed by their MP The Honourable Kent Hehr (Minister for Veteran’s Affairs), Calgary Buffalo MLA The Honourable Kathleen Ganley (Alberta Minister of Justice), and Calgary Elbow Greg Clark (leader of the Alberta Party). Coming from three different political parties all were strong in their belief in the need for volunteer effort in the community and the contribution it makes to civil society. The long standing contributions of the existing Progress Clubs was cited and seen as a promise of future contributions by the new club. Chartering Club President (Calgary Bow River) Rudi Meyenburg emphasised this point by reviewing the history of Progress in Calgary and presenting a cheque for $100 000 to Big Brothers and Big Sisters of Calgary and Area. Charter President Marie-Claire Williams spoke of the Club’s goal to be an active fundraiser in support of agencies serving women and children.

Charter committee chair Dean Boechler welcomed CPC Calgary Mount Royal into the Progress family with gifts from clubs around the country, the entire array of paraphernalia required by a club was supplied through these gifts. Funds to assist the charter were provide from the Western Region Charter reserve. 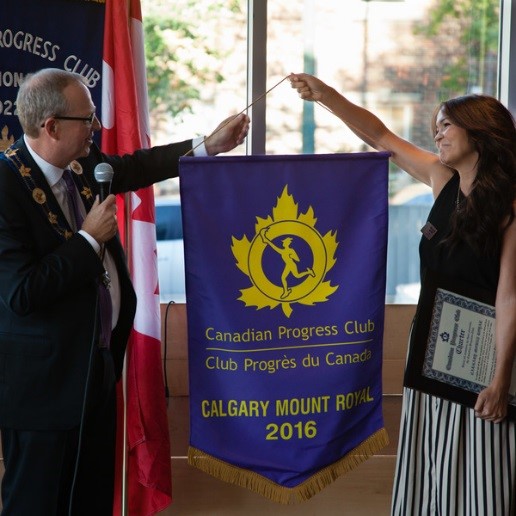 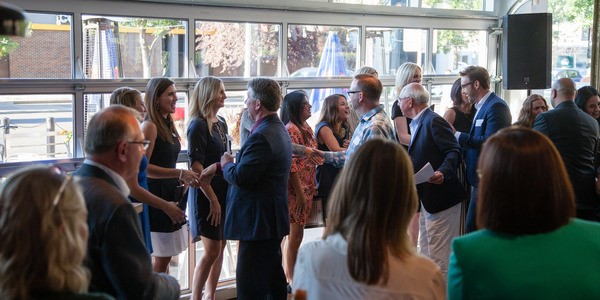